Plant a tree in memory of Kent "Fud" E. Horton
An environmentally-friendly option 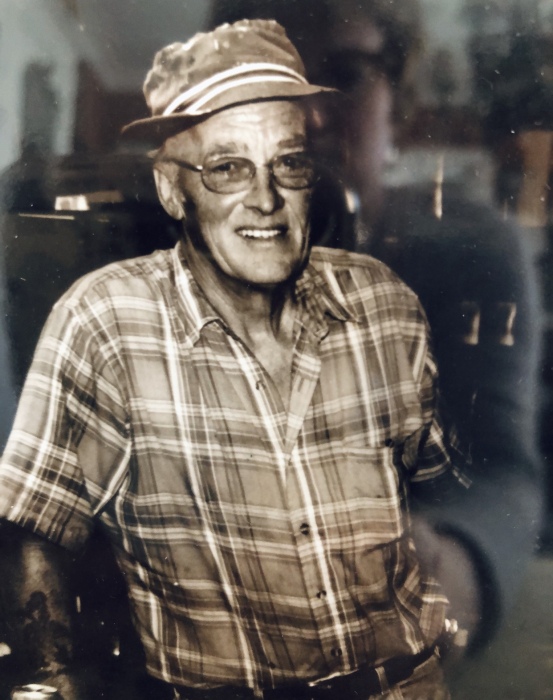 Longtime Chaumont resident Kent E. “Fud” Horton died on April 16, 2021 at Samarian Medical Center, where he was admitted on April 9. He was 87.

Kent was born March 11, 1934 in Chaumont, son of Emmett E. and Mildred Wood Horton. He was the youngest of four children.

Chaumont was always his favorite place. He graduated from Lyme Central School in 1952 and enlisted in the U.S. Navy in 1953. From 1953 to 1957 he served on the USS Hornet and returned to make a life in his hometown.

He was employed in Watertown at Burns Motor Express starting in 1957 and worked there for several decades and later retired from Teal’s Express in 1990.

Kent married Patricia A. Stadler in 1968 at the Chaumont Presbyterian Church. They lived on Route 12E in the village for decades. Pat passed away in September 2019. Kent had been a resident of assisted living at Samaritan Summit Village since July 2019.

Kent was known for his uniquely calm demeanor and a dry sense of humor. He loved his tools and his garage, driving his lawn tractor, cigarettes, cold beer and classic country on the radio. He was handsome, kind, loyal to his family and a terrific handyman who had a knack for woodworking and small engines.

As well as his parents and his wife, he is predeceased by a brother, George, who died in 1980 and two sisters, Barbara Gilbo and Marianne Cuppernell, who died in recent years.

Online condolences may be shared at www.clevelandfhinc.com.

A service summary is not available

Plant a tree in memory of Kent "Fud" E. Horton
An environmentally-friendly option

Plant a tree in memory of Kent "Fud" E. Horton

OBI Land Trust Board of Directors

Tracy and family
We are thinking of you during this difficult time.
We hope these trees provide some comfort to know that the memory of your dad lives on as he surely does in your heart and memories
OBI Land Trust Board of Directors


A Grove of 3 Memorial Trees was planted in memory of Kent "Fud" E. Horton

Tracy and family....
Our deepest sympathy, thoughts and prayers are with you.  May fond memories of your Dad/ Grandfather be with you always.

Tracy: We were sorry to read about your dad's passing and want you to know we are thinking about you and praying for peace for your entire family.

Our warmest condolences
Joel and Judith

A Memorial Tree was ordered in memory of Kent "Fud" E. Horton by Joel and Judith.  Plant a Tree

Dear Tracy, Ed, Brad, Wendy, and grandkids-
Your father/grandfather was a kind and calm gentleman that we were blessed to know. Thank you for sharing your parents with us through the years. We look forward to hearing more stories and memories of Fud from all of you. With love and hugs from the Ways- Jeff, Maureen, Connor, Caleb, and McKenzie❤️😘

Plant a tree in memory of Kent "Fud" E. Horton